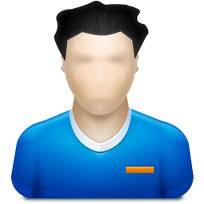 A couple of WhatsApp group that I am a part of should be renamed the China Problem group. Ninety percent of discussions is on how China hijacked the world economy, how they do not deserve to do so, how all politicians have let us down, how they are stealing all intellectual property and how we are doomed if we do not stop downloading Tiktok.


All true. And no, this article is not about disagreeing with this narrative. This article is not about the fact that an average Chinese student in the US beats the hell of all other students (including Indians) in terms of hours she works and the only disadvantage she has is that her English is not good enough, but she is getting there.

No, this article is not about the fact that the people of China worked their butts off while Italians holidayed and French wanted a four-day workweek. No, this article is not about the fact that one cannot hire a decent machinist or a forger in India because all of them are sitting in call centers answering questions from technically-challenged Americans. Of course, I agree and support the view that China and its people do not deserve the place they have reached (I don’t want to be trolled). After all, they are intellectual property (IP) thieves and do not take four-week holidays. They should be punished.

So what is this article about? This is about an industry where China has been beaten by India. It has been shown that it’s not the government, neither the people; it’s really the companies that compete. And as far as India is concerned the people responsible for the demise of manufacturing in the county are these companies.

In 1983, I graduated out of a Mumbai engineering college considered to be one of the best. Irrespective of the branch that you studied—mechanical, electrical, civil, production, textile—80 percent of the graduates became coders for the software industry.

In 2000, I was at Bajaj Auto as human resources (HR) head (after working 15 years in technical capacity), and I was off to conduct campus interviews to hire 100 engineers who would design and build world-class motorcycles. On day 5, I was in Veermata Jijabai Technological Institute (VJTI), Mumbai and all other regional engineering colleges (RECs). I ended up hiring ten people from 15 colleges. In every college I was told by the training and placement officer (TPO) that technology companies get preference in hiring. I asked, were designing and building an engine not technology? No, that’s manufacturing, I was told. Writing COBOL code for a bank in New York by a software company employee is technology. May be the Chinese forced us into this thinking.

The following year I wrote to all colleges. I want to be day 0 in your campus. I will give three times salary of the “so called best technology company”, but only if I am day 0. Hiring 100 engineers at three times salary was no problem for me as compared to say TCS, which had to hire 2,000 “bodies”. They could never match that salary.

And that’s how Bajaj Auto built its research and development—batch by batch. Making designing and manufacturing of motorcycles sexy and paying for it. The selection ratio was 1:15. Most of the IITs, RECs, and VJTIs had toppers who were absolutely useless. They could not draw a Carnot cycle, could not tell the difference between a diesel and petrol engine. Give them an elevation and plan they could not draw the side view. Most of them were focusing on writing code. But we found gems, we found guys who were passionate and knowledgeable but could not express in English. I started conducting interviews in Hindi, Marathi, Telugu, Tamil and so on.

There was another company using the same approach—TVS. Based in south India, they also built a great R&D department.

In 2005, Chinese motorcycles attacked India with products which were 30 percent cheaper. Many dealers started selling them. Press predicted demise of Indian manufacturers. But within six months they went broke. Their quality was no match to Indian motorcycles. They never came back again.

Bajaj then started attacking them in Africa. Africans had two choices: buy expensive Japanese motorcycles or cheap Chinese ones. Chinese motorcycles used to come in a box. You bought the box and took it to a mechanic and he would assemble it.

In Nigeria motorcycles are used as taxis. So no one is going to pay you a dime more than the basic requirement. In such a market Bajaj launched its fully assembled motorcycle. It was priced more than the Chinese models but less than the Japanese ones. The company set up dealerships, service centers, trained mechanics and developed a relationship with the taxi riders. Today Bajaj is a market leader. TVS is number two. The Chinese have been driven out.

You can see videos of the love that the okada (taxi) drivers have for Bajaj bikes. Country after country in Africa and in South America Indians companies captured the market driving their Chinese counterparts out.

In 2018 India became the largest manufacturer of two wheelers in the world (producing twice more than China). Indian companies have started buying out European brands. The market leader of motorcycles in Europe is not BMW, its KTM, which is part-owned by Bajaj. China is slipping fast not only in the manufacturing of bikes, but also in the manufacturing of components. Indian suppliers are beating them hands down. Between three Indian companies—Hero, Bajaj and TVS—India today dominates the world motorcycle market.

Why was this not done in TVs, computers, mobile phones, pharmaceuticals and other industries? It’s the same country, same labour laws, same infrastructure, but not the same entrepreneurs. Indian businessmen are characterized by a myopic vision—it’s both, short-term outlook as well as geographically limited. Of course, the government also does not help.

So who is responsible for the Chinese dominance—the government, people or the corporate?

I think it’s all the three. When even ITI-trained turners and fitters refuse to work in a shop floor, when a stock broker is paid more than an engineer, when typing code is mistaken for technology, when governments refuse to amend antique labour and land laws, when corporate think local and not global, and finally when you, yes you the reader, will not send your son or daughter to work on the shop floor, each one of these factors is as responsible for the Chinese dominance as as their “ethical corruption”. We have been looted because we left our doors and windows open.

No, this article is not supporting the Chinese. How dare they work so hard? And how dare they obey a communist government? We should stop buying all their goods and we will make everything in our country. But we will work nine to five with a three-day weekend. We will overcome. One day.

Replies to This Discussion